Jacques Copeau (1879 - 1949) was a French critic, actor, director and teacher who pioneered the use of mask, improvisation and rhythmics in the training of the actor. He was also a pioneer of the movement to take theatre out of the large cities, prefering to present it to a rural or provincial audience that was free of the usual cultural conditioning. According to Albert Camus, "in the history of the French theater, there are two periods: before Copeau and after Copeau."

There are two equally influential traditions of theatre pedagogy in Western Europe, that of Stanislavski and that of Copeau. While the former, with its fear of theatricality and resonance with early twentieth century speculative psychology, eventually found its niche in training actors for film and naturalistic theatre, Copeau spawned a whole pantheon of theatrical innovators. Artaud, Barrault, Decroux, Strehler, Saint-Denis, Marceau, Brook, Johnstone and Fo are notable examples. The London Old Vic Theatre School, the Canadian National Theatre School, and the Julliard Acting School in New York were all founded on Copeau’s principles and techniques.

Click here to see a chart of the directly related inheritors of the Copeau tradition. 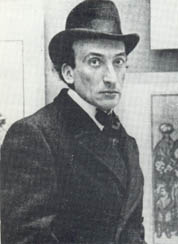