[I have much to add to this entry!]

Barker is best understood by actors. To directors and dramaturges he can be a pain in the arse. He is not to be solved or deciphered. So forget about that. Still, he can be taken at his word. In his “Arguments for a Theatre” he says what he means, and in his plays he means what he says. When he says that he is not interested in a character’s subtext, he is not concealing some subtext of his own. When a character has lines like:

“What do you think a god is? It is only being yourself more than you dared to be. Over the fence I leapt and found a greater self attending me...,”

there is no need to inject psychology, the text suffices. It gives more than enough material for an actor to make theatre.

Unquestionably, Barker presents traps for intellectuals. For the modernist, his solid historical building blocks would be expected to create a moral edifice capped by a clear conclusion. They don’t. For the post-modernist the irony and apparent cynicism are appealing, but he doesn’t follow through with the requisite relativism. He does actually stand for something. “It is never too late to forestall the death of Europe,” he writes. He has told me that he could accept humanistic ends, but not the means. His conversion from being a typical Royal Court writer had as much to do with reading Solzhenitsyn’s “Gulag Archipelago” as reading Nietzsche.

I would never presume to place Howard or his work in any kind of easy category, but if one approaches his work with the mindset of a metamodernist (yes, it seems there is such a creature!) one is better equipped to enter into his universe.

Barker’s writing has to be approached as a musical score for a physical theatre, in which the music is the music of human influence, and the heightened language draws its authority from the actor's passion. The paradoxes Barker presents are best illuminated in the act of performance, through the actor’s body. The physicality can be compressed, or it can be explosive. It can be the em-bodi-ment of ideas or the em-bodi-ment of feelings. The brain work has already been done by Barker, the intelligence is implicit; all that is required is body.

When I first met him he asked me what I liked most about his work. I answered immediately: “The appetites and passions of the characters.” “Oh?” he replied, in an almost hurt tone, “Not the poetry?” But really it is the same thing. The heightened language of his plays could only be spoken by saints and madmen. Poetry is words that are wearing a mask, lifted in style from the quotidian to what Lecoq calls a “niveau de jeu.” And the space between the words (again, we are not talking subtext!), where poetry also lies, is a domain easily accessed by the actor’s body. 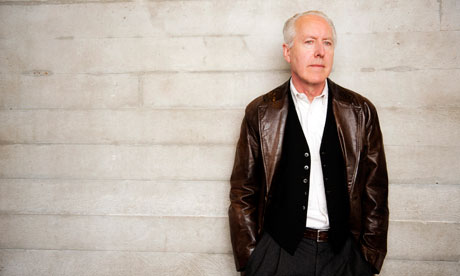 "The theatre must start to take its audience seriously. It must stop telling them stories they can understand."

- from Arguments for a theatre